This is definitely not the best choice for advice!!! but it is one!

It generally takes a year for a full investment in a unit in any game. Make sure you make a wise choice in investment! (Often, people choose OP characters to invest alot of their time in... others choose husbandos/waifus, like me.)

So it's best to have a good team formation to get you through grinding hell quickly and painlessly (for the most part).

In mobile games, there are usually two types of units which have different functions. You would hear the words AOE and single-target.

In farming materials for your unit, you should aim for powerful AOE units. If you aren't stingy and you are able to invest into an AOE unit that you know will be a good wave clearer, go for it! It will pay off in the end.

But sometimes a few AOE units in your team are not enough. When you are in need of higher rarity materials, you have to farm in harder places. So, you gotta have some helpers if you don't want to pay to heal your units all of the time (at least in Epic seven), or take so long to get through a map even if you invested into these units.

Any unit in general, no matter how good it is, needs support. Except Shikoutei and Jalter. Those are god-like.

Some units have a weak damage output. To fix that, add a unit (or summon one) that increases everyone's stat. Yes, some farming units are able to buff themselves, but additional buffs are really good. Take for example, Merlin in Fate/Grand Order... The reason why he is so busted is because he has 2 party buffs which benefit not only the team's attack, but also their special attack (noble phantasm) and their defense (invincible shield). In addition, he has a targetable skill that buffs any unit's buster cards for 3 turns. 3 LONG TURNS. His spammable NP is able to help the team regenerate health points, NP charge, and crit stars. He basically fits in a farming position and a hard boss battle position. So... yeah. Get someone who's beautiful like him. 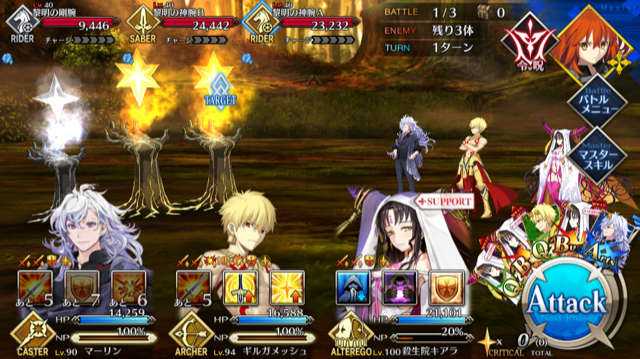 Merlin's 3 buffs give attack, star gain, and invinsible shield to all members, as well as the buster+critical+HP up buff he gave to Gilgamesh. 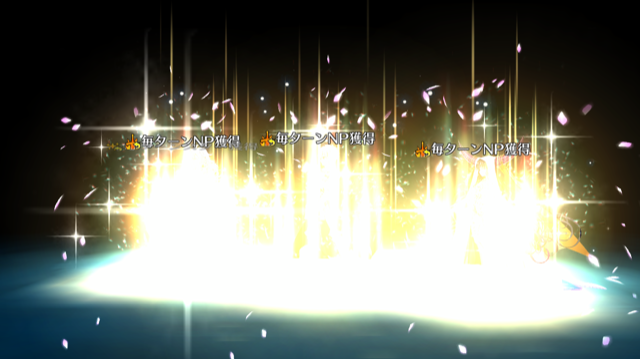 Merlin's NP which confirms that he is OP

A game like Fate/Grand Order usually does not have any decent healers, but if you're playing an RPG similar to Dragalia Lost or Epic Seven, it's a good idea to have one in your team. Since they operate on Auto-Battle (which is a blessed function in RPG games which does battling/farming for you) it is likely that people can die on their own, due to a lack of HP. Having a healer back up will help your main units survive.

Possibly one of my least favorite functions of a game. When I grow up and I code my own game, there will be no stamina function at all.

That aside, once you run out of stamina, you'd have to stop playing until it refills again or refill it with some currency. The problem is, I don't want to wait until my units are energized again. I want my husbando to be invested into this instant. And I don't want to see my stamina at 0 again!

Thus comes the idea of efficiency.

You want to complete maps until you get the stuff you need, but in the meantime you also want to try the map repeatedly with a minimal amount of energy. Take some time to analyze some maps that drop the same material that you want. Indeed, some maps consume more energy than others, but what would the drop rate for that item be? How long does it take for you to farm that map?

I'll let you decide for yourself. Many fanbases of the games we play provide us with a farming guide that tells you the most efficient location for a certain material. Gamepress.gg is one of the many great guides that would help you find the material you need fast, and it helps with many titles.

Something I don't have when it comes to farming. I expect my materials to drop on the first try, but they don't. They usually come in a few hundred rounds... so don't feel bad if you feel like you're doing this for nothing. It'll eventually come!

RNG applies to farming as well! It's annoying, but yeah! Have fun!

I own/created most of these images by snapshots. These are not for commercial use