Why haven't I gotten a 5-star yet? Sorry that I used this from Lesson 3

Why are 5-stars hard to get?

5-stars in Gacha games are not easy to get, so don't feel bad about not getting one immediately after downloading it. They generally have a low rate of appearance, actually. In my experience, I only had successful pulls because I had alt accounts for select games (which, I know, it's shameful).Rates for a 5-star vary for each gacha game in a phone.

General rates and what they mean

There are several gacha games I play and all of them have different rates of 5-stars:

But generally getting a 5 star is hard for each game no matter the rate: most of the time, the rate of NOT getting a 5-star is above 90%, which means that 90% of the time you summon, you wouldn't get anything special.

Just because you got a 5-star doesn't mean you're better than anyone else in the game. For example, if you got a Shikoutei in Fate/Grand Order doesn't mean that you are "ultimately god-like" in the game... You have to know how to use this unit! Some other people can use 3 or 4 stars way better than how you can use a 5 star, and that's a fact. Getting a 5-star is NOT a skill, don't brag it like it is! My sister and I play Epic Seven, and although she doesn't have that many 5-stars as I do, she knows how to get beyond my level without having to use as many 5-stars as I. (Though tbh I just get 5-stars because they are husbando material, hehe) 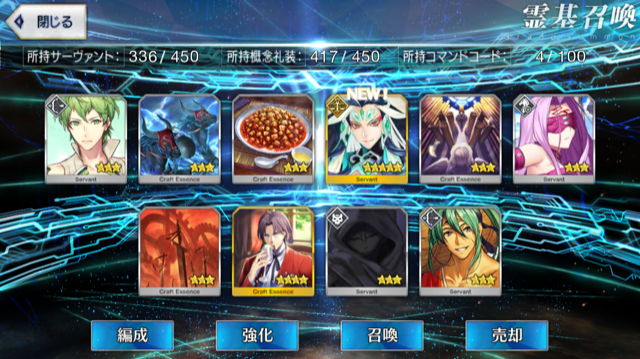 I consider it lucky to get 1 Shikoutei even if I spent 2900 saint quartz along with 234 summon tickets,

How to get In-Game Currency without spending your precious cash

But don't look at me like I'm FTP, I am a dolphin but not a whale, nor virgen.. I do some paid gachas as well.

I own/created most of these images by snapshots. These are not for commercial use